Lees meer over hoe we cookies gebruiken in ons Cookiestatement.

Working with Holacracy: Confessions of a Skeptic

Ikbenfrits recently started working with Holacracy, a customisable self-management
practice for organisations. Content writer Charlie tells you about his first experiences with this new system. 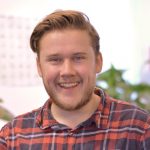 Aren’t we already doing this?

One of the founders of the startup I’m currently working at, Ikbenfrits, announced, at the end of 2017, that 2018 would be marked by switching to a new type of organisational structure called Holacracy. I had no clue what it was and after watching the introduction video I had more questions than answers. What I did understand about Holacracy boils down to this: it’s a flat organisation type, in which hierarchy is distributed and decisions are made based on data rather than on a CEO’s gut-feeling. Sure, I could see the fit with our Internet startup, in which we work hard to modernise the world of mortgages by using data to the customers advantage, and our own. But we already have a flat hierarchy and everybody in the company is working autonomously, why would we need some external system to keep doing what we are already doing?

The answer is simple: working autonomously in dynamic teams is easy when there’s 13 people working in your company. Now multiply that number by 4. With 52 people divided over 3 floors, maintaining such an organisational style is hard, maybe even impossible. To prevent the future organisation from becoming cluttered and inefficient, we adopt a new organisational set up. Inevitably following a paradox: implementing extra structure to keep our team’s efforts autonomous and dynamic. In the picture below you see the founders of Ikbenfrits (Joost, Michiel and Thomas) ratify the implementation of Holacracy, which also means that they voluntarily give up some of their control over Ikbenfrits in the pursuit to have self-managing teams.

A little help from Energized

In january 2018 we had our first session with a coach, Koen Bunders from Energized. He came to help us implement Holacracy. One of the things I noticed is Holacracy’s positioning as an instrument, not a system. We would learn the ways of Holacracy by using it, like you learn football on the streets: ‘please don’t read the rule book’. If Holacracy ‘works’, it’s because the employees use the tools at hand well. Of course, if it wouldn’t work here, it would be because we didn’t use the instruments right. ‘Rather convenient for Holacracy’, the cynic in me can’t help to think.

However, it’s completely understandable that it is not a guarantee that Holacracy will work for your organisation. It’s the people in an organisation that’ll have to work with it and make it a success. There’s no denying that.

But how did we do as a team so far? During the first session we defined the activities of Ikbenfrits by individually writing down our main activities on sticky notes. From this exercise different roles (sort of teams) and circles (overarching structures containing multiple roles) were distilled. This is what Ikbenfrits looks like now:

One of the cool things about Holacracy is that you have to speak from the perspective of a certain role as much as possible. If you want to bring something to the table you’re urged to describe a current tension for one of the roles you are fulfilling. This prevents people from uttering long-stretched personal statements and brings focus to team meetings, which is nice.

When someone brings up a tension, there’s a format to follow on how this proposal is handled in the meeting. The Facilitator asks: ‘what do you need?’ You can choose from ‘my role needs’:

A secretary will note down what kind of action is necessary and checks with the petitioner whether it’s enough. If not, you take a step back and clarify. This simple and transparent method makes it easier to handle items during a meeting. During the process the Facilitator tries to keep the flow in the meeting and intervenes if necessary with questions like: ‘for what role are you describing a tension?’, to prevent people from expressing anecdotal statements.

There’s a lot more to tell about working with Holacracy but I want to end this blog with one thing I found very valuable in our last meeting. One of the developers had a good proposal to describe his activities better. In traditional meetings, where the loudest person usually wins, it would perhaps have been harder for the developer to put his tension on the agenda. With Holacracy all good proposals are taken into consideration when they’re framed according to a clear set of rules. Pretty cool!

I want to work here!

Are you enthusiastic about the fact that we are a start-up working with Holacracy? We’re hiring! Visit our Jobs-page to learn more.

I want to self-manage how I work